While my headline is intended to grab the attention of the new CEO of SA Post Office, it’s not as impossible as you might think – but I’ll get there. I decided to write to Mark Barnes, who everyone hopes will be Mr Fixit, to give him a taste of things to come.

I’ve been renting a postbox in Melville for more than 15 years, largely for business purposes. Originally a post office, it became a boxes-only site when Campus Square opened its doors in Auckland Park. Then things began to unravel with the strikes a couple of years ago, though I never knew for certain when they were. Interrupted post was commonplace, so I didn’t realise that Campus Square Post Office had summarily closed its doors and I’ve never been formally informed of its closure, but a hastily written note on the shut doors confirmed what I’d heard. I wondered how this would impact on mail delivery to my postbox and tweeted my colleague and consumer expert, Wendy Knowler. Through her intervention, I received an email from the spokesman in the post office’s Communications Division (the irony of his designation was not lost), who advised me to contact Brixton Post Office. 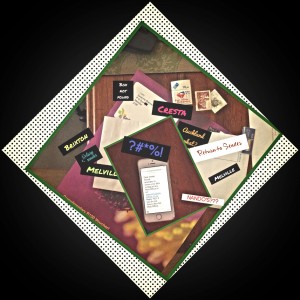 At about the same time, I made the rude discovery that my fully paid-up postbox had been locked from the inside. The communications’ division spokesman referred me to someone at Cresta, and added an addendum to my original enquiry. He told me that his colleagues had informed him that mail for Melville postboxes could be collected not from Brixton, but from the old Auckland Park postbox section. I went there straight away only to learn from a security guard that “the person” had left about 13:30. I tried again the next morning and was met by mountains of mail that can only be described as dumped. A few over-flowing cardboard boxes with numbers on them sat among the piles, the work, I suspect, of well-meaning staff who had abandoned the task. I beat a hasty retreat.

Next stop, Cresta, where a sympathetic employee gave me a cell number for his absent colleague. I called him and he sounded as exasperated as I felt, but shed no light on why some post boxes had been deactivated. He said he’d liberate mine as soon as he “could get a car”, a scarcity at SAPO, I gather, and he promised to call me the minute he had reversed the process. He didn’t, but I returned repeatedly and eventually had my eureka moment.

Throughout this sorry period, no information about the future status of my postbox has been forthcoming and word on the street is that the bank of postboxes, where mine is, will soon be a drive-through Nando’s. So once again I am wondering what will become of my mail. Could this mean I have to buy a herb chicken en route to collecting my post? No, probably not. I think I can safely presume my postbox is demised. It is no more.

In a peculiar kind of way, I was almost reconciled to this unfortunate state of affairs when, to my utter surprise, I received an SMS, which read: “Dear Customer, This SMS serves as formal notice to renew your Post box (R380) and P/bag (R1500) at closest post office from 19 October 2015. SA Post Office”.

Don’t get me wrong. I’m delighted the SA Post Office has remembered that I’m a paid-up customer but – and here’s the rub – there is no mention of where my post box might be. So I implore you Mark Barnes, if you were me, what would you do?

Sincerely and all that and most of all good luck,