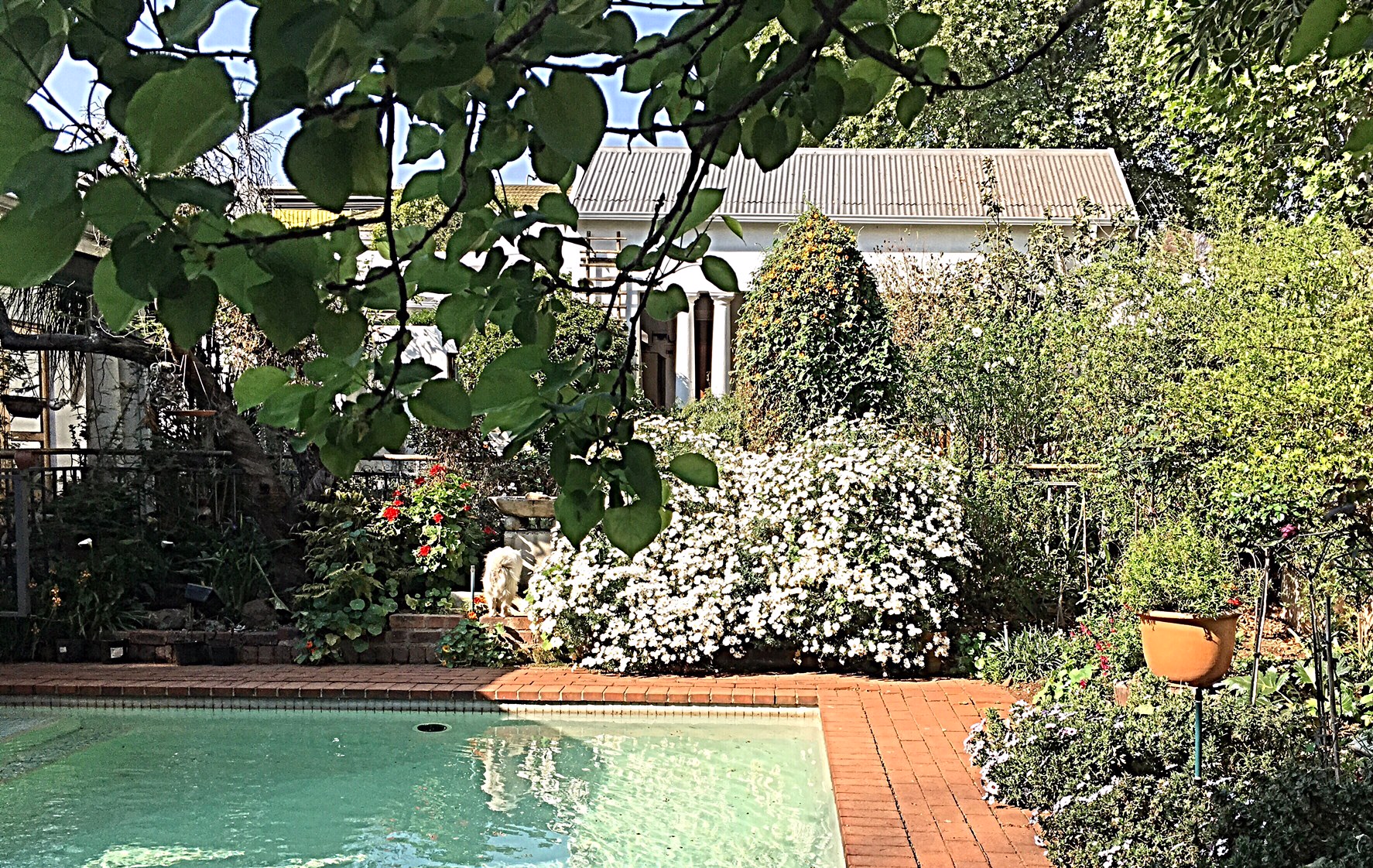 For some people, a house is just a convenience where they sleep at night. Not for us. In 1999, my husband and I were charmed by a house in Melville, a lively suburb in Johannesburg. It has been our home for 22 years.

Born in Durban, I headed for London as soon as I finished university and I loved every minute there. I planned to make it home, but back in South Africa to visit my parents, fate intervened and I ended up in Cape Town for a year, which heralded my return to this country.

Professional ambition and my love of large cities saw me move to Johannesburg in the late 1970s, where I have been ever since. One of the first places I lived was in 6th Avenue, Melville, where I rented the upstairs of a property with a magnificent view of the Koppies and a spectacular experience of Johannesburg’s famous electric storms. That was the beginning of a love affair with the area, which I put on hold when I bought my first house elsewhere.

The return to Melville was largely motivated by wanting somewhere fitting for our housekeeper, Margaret, and her family, to live. When I showed her the cottage designed by architect Kate Otten, she burst into tears.

My stepson, who came to live with us when he was 14, liked the buzz in Melville and gave it his thumbs up. Given the choice of living in the main house or the bedsit next to the cottage, he unsurprisingly chose to be outside the main house, where he lived until he moved to his own place (give or take a gap year in the UK and studies there and Australia) and this time the tears were mine, but of course, I understood.

Sadly, Margaret’s husband died ahead of his time and we mourned his loss but life went on and our house was a haven for us all.

Our lives were very different in the days and months and years before Covid when we more or less had an open-door policy for our large circle of friends.

At that stage, I was a senior TV producer at SABC and the proximity to work appealed to me as did Melville’s trendy restaurants and the quaint shops and the camaraderie of the people who lived in and visited Melville. Some of Joburg’s most interesting characters lived or hung out here – artists, writers, performers, TV and radio producers and academics. Melville was also one of the most diverse suburbs, a racially mixed and harmonious place to live even before South Africa became a democracy. In short, it was the place to be and I knew pretty much everybody in the neighbourhood.

With a very strict mother overseeing them, the girls thrived in their schools and Margaret’s younger daughter received a bursary to attend Parktown Girls. Later she was awarded a scholarship for her university years by Deloitte & Touche South Africa. With the option of attending any university in the country and staying in digs or residence, she chose UJ and to remain at home with us in Melville.

A conscientious, hard-working child, she made us all proud by achieving distinctions throughout school and university. She’s been abroad several times and now has a well-paid job with a leading bank.

None of Margaret and her late husband’s three children is a domestic (their son, more than 10 years older than his sisters, left our home some years before) and so the cycle has been broken. Their parents and we were proud of their progress in their chosen professional fields. We also had another generation join us one New Year’s Day when Margaret’s older daughter gave birth to a girl who added even more pleasure to our lives.

Just over two years ago, Margaret’s younger daughter – who effectively spent her whole life with us before moving on – sat me down and shared the news that she had found a place where she and her sister and their young charge were going to live. She said that as her sister was 30 and she was close, it was time to find their independence. There were tears again, mine, but of course, I understood.

We were fortunate that my stepson and the girls stayed as long as they did. I worried about Margaret being lonely but she had been talking about retirement for a couple of years although neither of us spoke seriously about the dreaded subject. We made a cursory attempt to find someone else with Margaret interviewing three potential replacements who concluded we were inseparable.

Luckily Margaret’s brother always joined her for Christmas – as he did in 2019 – and my suggestion that he stay on was well-taken and he was still present when Covid brought lockdown to our household in March last year. My husband, Margaret and her brother and I lived contentedly here until Christmas last year when Margaret decided that for the festive season they were going to the house she’d inherited from her husband – where the four of us had recently been to check on it. I responded that it was time for her to live in her beautiful home, time for retirement. She protested she couldn’t leave us “alone” but my mind was made up and when the day came to say adieu, we all cried copious tears.

For Margaret and me, it had been 40+ years together without so much as an argument and it was a wrench to part ways. She and I phone each other regularly and she still says how much she misses us, Melville and her friends in the area, and her absence is sorely felt.

It was an adjustment for my husband and me to face the reality of our extended family going their ways and for us to adapt to our property in these Covid times. We realised that we too would have to move on and embark upon a new chapter in our lives.

Our house was a stumbling block because we could barely imagine living anywhere else. In winter, a wood-burning fireplace kept us cosy and in summer our beautiful garden flourished. We had wild Brazilian cherries, granadillas, lemons and an abundance of figs for green fig preserve, and the pickings from our scented flower garden were arranged in most rooms while also attracting birds and bees.

Three years ago we gave it a facelift and then we added solar energy and have lived and worked without interruption ever since.
Can one have a relationship with bricks and mortar? What is the making of a home? For us, it has been so many things but ultimately our house has been filled with the love and contentment of two families who co-depended on each other for decades. Under separate roofs on the same property, we shared so much, including dogs that made their own choices about where they should live – sometimes it was the main house and sometimes it was the cottage.
It will be hard leaving this home from home, which contains so much of our history, but now Cape Town is calling us where we both have family and at this time in our lives, we look forward to living close to them.
It will be another tearful occasion when we bid goodbye to this beautiful house but the new owners are in for a treat and while we will always think of it as “our house”, in making it their own, they will start creating their memories, which I hope are as happy as ours.