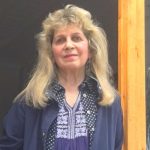 Strange thoughts come and go as a new phase of lockdown begins on Worker’s Day, nogal. How ironic was that?

I decided not to venture out but those who did so reported back that the atmosphere was akin to the erstwhile Melville Mardi Gras. Laughter and chat provided relief from cabin fever. I’m not ready to step outside as there is no indication that we are safer now than we were, given the predictions that the rate of infection is likely to increase 10% per day now.

A couple of weeks ago I attended my first webinar (that awkward word that describes an online seminar) hosted by my alma mater, the University of KZN. The 07:30 kick-off time would in real life keep me away from such events, but in lockdown it suits me down to the ground particularly because it is off-camera. The guest speaker was Professor Salim Abdool Karim talking about The Psychosocial Impact of Covid-19 & the National Lockdown (their capitals). I had seen the professor presenting to the nation on eTV and on that occasion and at the webinar I found him to be an informative, interesting, confident and charismatic speaker. Respected internationally for his work, he’s ranked among the world’s most-cited scientists; he serves on the boards of some of the most credible international journals and is a member of the Scientific Advisory Board for Global Health at the Bill and Melinda Gates Foundation.

Insisting he had nothing new to add to his presentation on eTV, he of course went on to share information not accessed anywhere else. He was clearly impressed with government for appointing South Africa’s top 50 scientists to strategise South Africa’s approach to the novel coronavirus and applauded them for acting on the team’s advice decisively without procrastination. The speedy introduction of lockdown was a case in point.

In keeping with the trust they have been afforded, the scientists meet every day at a facility built at the CSIR for the 2010 World Cup, which has walls bedecked with TV screens and maps that receive information from workers in the field armed with cell phones that identify hotspots. Insufficient cell phones, and limited testing by private laboratories at the outset, set us back but because we acted so fast, we have had time to get our act together and to prepare for the onslaught, which he warned is not behind us.

“We have not escaped the bullet,” he said, “but rather postponed it.”

In closing the webinar, our man at the coalface of this life-changing moment in our history reminded his unseen audience that we are all “sitting ducks” without immunity to this brand new threat to humanity.

It makes one think. Well, it makes me think and wonder why so many people are determined to undermine our president, experts and world authorities who are trying their level best to reduce the numbers of people infected and dying from the coronavirus.

Trying to remain on top of my deepest-seated fears, I’ve learnt to keep busy and to appreciate so many things. It’s not only imperative for me to contribute what I can to the already deprived whose survival is threatened on multiple fronts, but for one’s self-preservation it is necessary to appreciate how much there is to be grateful for and to enjoy the small things. Such as unlimited access to some of the best performers around, here and abroad.

My time served at SABC TV came in useful when I filmed my husband singing a lockdown version of his 1980s song Anthem in his home studio (I made a video of it back then), while some musician pals were likewise filmed in their own homes. Produced and compiled by bass and keyboards player Andrew Roos, to date, it has attracted more than 20, 000 views between YouTube and Facebook. Click here to see it https://youtu.be/4dCGHTsWLz0

My old friend and colleague Gus Silber – one of the most prolific writers on Facebook and Twitter with a deserved following – is curating his favourite coronavirus videos, which includes Anthem, and can be viewed at https://gussilber.wixsite.com/website/blog/.

If it’s laughter you’re after…

It’s worth surfing the ‘Net for the best ways to keep entertained online. On YouTube, you can take a class in practically anything –  yoga, gym or Tai Chi among them – or if you’re more inclined to watch the experts from your armchair you can sit back and view the Bolshoi Ballet, your favourite rock bands or actors and classical musicians. Some performances are free and some are raising funds for various charities or the performers themselves.  A couple of weeks ago, we had the good fortune to catch the UK National Theatre’s production of a farce called One Man, Two Guvnors, starring James Corden, a man of many talents. The actor, comedian and host of The Late Late Show with James Corden, an American production probably best known to international audiences for Carpool Karaoke, which features Corden and a celebrity guest singing their heads off. A mean singer himself, he held his own with Paul McCartney, Coldplay, Adele and Michele Obama to name some of his singing partners.

Theatre pick of the week

Frankenstein u ntil 8 May

The National Theatre in London streams exceptional productions on YouTube at no charge. This week until Friday 8 May, you can view Frankenstein, a new play by Nick Dear, based on the novel by Mary Shelley. Directed by Danny Boyle, Benedict Cumberbatch and Jonny Lee Miller alternate as The Creature and as Victor Frankenstein. Available on-demand on YouTube here https://youtu.be/dI88grIRAnY

Considering the dire circumstances we are in worldwide, one can only offer thanks and virtual applause and bravos to all those who are contributing to our superior entertainment at a time when they – and we – cannot be certain what the future holds for our livelihoods.