My company offers a service for anyone who needs a professional writer so, in theory, that should cover speeches for school children. So why do I have a moral dilemma?

My writers and I have answered calls for subject matter ranging from business to (adult) birthday parties and pretty much everything in-between.

The more unusual requests make for more interesting reading, of course. A regular over the years is a chap who wants witty speeches with ditties to serenade friends for their watershed birthdays or his own, “the more risqué, the better” he says. I appointed a writer who has stayed on the job since inception – no point in messing with a working partnership, besides, I’m not certain who else would find that off-the-wall quality.

A printable, if absurd, excerpt from one of the verses reads:
“I know you’ll all agree with me I’m bloody good in bed
especially when I’m fast asleep and snoring like a bread.” 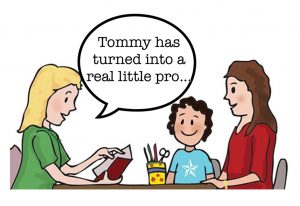 I’m not sure when speeches became the order of the day but overall, they are among our most requested commissions although we are more used to CEOs and professional people who need a helping hand, than children entering a debating competition.

Last year, a chap whose emails ended with a religious quote, briefed me telephonically and via email. He said his wife, a well-known performer who had a “passion for charitable work”, had become a role model for young girls. To this end, they were holding workshops where his wife shared personal experiences and “life tips” with her followers and fans. Her husband had been writing her speeches but he had now found me, he enthused.

“I think it’s time I accept that I am not professional enough to continue…,” he confessed, “especially since we want to start publishing them (the speeches).”

It didn’t seem to dawn on him that a 10-minute speech to be delivered two days later on a subject of his choosing but without any other brief or information, plus the fact he wanted to publish my work as his or his wife’s own, would come at a cost and that was the last I heard of him.

Which brings me back to writing speeches for children, not for a family function, but specifically for school assignments or competitions. It is always the parent who makes contact and among the first was a CEO who wanted to ensure his son – the head boy at a junior school – left a lasting legacy. The way his proud father described him, his son was more than capable of writing and delivering his own speech but thinking a professional would give him the edge, the father – a businessman after all – failed to take into account that time is money and in this business there is no such thing as a child-friendly rate. 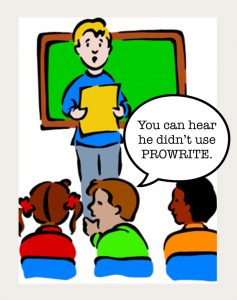 The latest approach was from a manager of a well-known company who contacted me about a 4-minute speech for her Grade 10 child with a “brief” that only identified a science subject. She, too, gave me a deadline of two days. For about 30 seconds, I wondered how to reply and couldn’t help myself when I went into lecture mode.

I wrote a letter to the learner.

“I agreed to help, you not to do your work, after all, you are closer to the subject matter than I am. I expect at least a sentence showing me that you have some input and are not relying on me to do all your thinking for you. At this late stage, I am doing you a favour because I hope you will be inspired next time to write your own speeches. You mention you want to know who invented (the subject of the speech). Well, who did? I would like an indication that you are part of this process and not depending on someone (me) who usually writes speeches for CEOs, and the like.” I continued: “When writing for a CEO, I am provided with several pages of background, of quotes s/he would like used, and a clear brief about the tone s/he wishes me to adopt. My expertise is putting it all together, giving the words life and cohesion.”

I was on a roll and ended my lesson thus: “I happen to be a very good speaker not least because I love making speeches, which I can do because I am well-prepared, and I mean every word I say.”

I sent off the email fully expecting the end before we began but much to my surprise, mother and child responded positively. Mother said she liked my approach and after admitting they’d exaggerated the deadline, they “appointed” me editor and coach.

To end on another positive note, by association we have been acknowledged as part of the success of an engineering student’s burgeoning career. I have taken our dogs to an excellent grooming parlour for some years and on one such visit, the owner cornered me to employ Prowrite’s services to sub-edit and proofread her son’s draft dissertation for his university supervisor. I hesitated and told her we didn’t really do academic theses. What I didn’t say was that they usually entailed meeting impossible deadlines and the writers in question felt certain their work “just required proofing for literals”, which is not our experience.

Mum twisted my arm and I, in turn, twisted the arm of a writer-cum-sub in my stable. I only made a small concession on the rate and concealed my irritation when the emerging engineer didn’t reply to my emails and calls.

Horror of horrors, he returned to me for his final submission. I told mum we were much more expensive than the university’s own who offered this service and she told me that Michael – for that is his name – would have no-one but me (clearly not entirely accurate) for the job. Not wanting to end a happy relationship with the dog parlour, I recruited a sub who had once subbed my copy for the Sunday Express and between us, we delivered on the job.

Mum was thrilled when Michael heard he had the pick of several top jobs in the United Kingdom – the South African would-be employers lagged behind and by the time they realised his worth, they had missed the boat. A year down the line, Michael has been headhunted to move to another exciting job in his field in the UK.

“And that’s all because he used Prowrite,” said his mum, generously.