Saul Bamberger has a new trick up his sleeve. Known as the host of Olde ‘n’ New recitals, he’s followed his dream and opened an intimate theatre named The Play Station. Saul tells his story.

Once upon a time I was an actor (a wonderful folly) and an antique dealer (a passion). I’m also a responsible family man (my love), and an amateur pianist (an obsession). 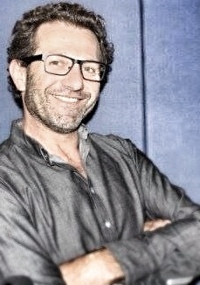 Years back, I mentioned to my music teacher that if he ever wanted to sell his Steinway Model B grand piano, I’d be keen to assist. He guffawed and said, “Play your scales!”

Some years later and much to my surprise, he sold it to me. A large acquisition, I put the Steinway into my antique shop Olde ‘n’ New, on the border of Melville.

While playing this glorious instrument with a friend, I remarked: “This is too good to keep to ourselves, I have to share it – let’s have concerts in the shop”.

He agreed. And I did.

Each month, different professional musicians tickled the ivories for invited guests. I accosted customers, friends and random people in a most friendly way on the street.

Olde ’n’ New Recitals was born. We had wonderful music with emphasis on the classical, but we also had jazz, gypsy music, rock ’n ’roll, you name it! I love music – all music and most musicians. Local musicians and many from around the world shared their talents with appreciative Joburg audiences.

In 2011, I sold my antiques business and was invited by Glenshiel, the Priory of St John, to run my concert series from their headquarters in Westcliff.

Glenshiel, a beautiful Herbert Baker estate, became the new home of Olde ’n’ New recitals. With a database of some 1,800 people, recitals have been presented there for three years now and the wonderful, heavenly music is going very well indeed.

Then I lost my head and opened a theatre. Don’t ask me how but I irretrievably lost my head.

The Play Station Theatre opened in Parkhurst in August 2013. For years I dreamed of managing a performance space for small-scale stage productions of theatre and music.

The old M.O.T.H. Hall in Parkhurst is a little gem that perfectly fits the bill. It is a small hall with a raised stage and seats up to 120 people. The lighting system is simple. The sound system is equally so, but very good. Sight lines are perfect. There are no stage curtains, there aren’t any sophisticated special effects – no fancy décor. It’s just a charming space waiting to be filled with the magic of live performance.

And that it has. Actors and musicians, singers, small orchestras, one-man shows, comedy and drama fill the space. And the audiences are coming – bless them.

Now if only I can find my head…