I’ve spent a lot of time with Oscar for a good part of this year and if you’re on this planet, one name will do. What began as a vague interest in “the trial of the century” became something of an obsession, largely due to Jenni Baxter who writes for Melville News this issue.

I didn’t know Jenni or SAPeople, a website she co-owns and which also boasts a huge Facebook presence. By way of introduction, she told me she’d been reading my comments on radio personality Kevin Savage’s timeline where he rubbished the notion of open court for Oscar’s trial and berated the global “media circus” it had attracted. 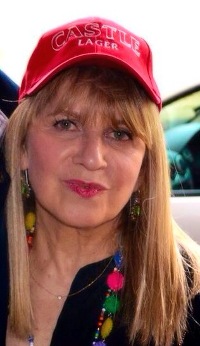 Before the launch of the Oscar Trial Channel 199 on DSTV, I might have agreed, but with the conditional opening of court for public broadcast and the dedicated channel that brought Oscar into our homes, I felt differently. So when Kevin opined that we (South Africans) ought to be “ashamed of ourselves”, a tsunami of assenting voices chorused their agreement while I was the lone voice of opposition to his view. It was my contrary position that grabbed Jenni’s attention and she asked if I was interested in doing a “short summary each day to keep South Africans around the world updated on the key things”.  I replied: “I think that could be fun though obviously I’m not watching 24/7.”

Little did I know! Like many of my compatriots, I’d never attended open court and I was totally mesmerised by live events under the gavel of the soft-spoken Judge Thokozile Masipa. At the start, I was captivated by TV proceedings, by bearing witness to Oscar’s reactions to testimony, from blank-faced to crying his heart out and retching in a bucket; and by defence advocate Barry Roux as he badgered witnesses and twisted what they said. Nor did we know then that the subsequent appearance of advocate for the State, Gerrie Nel, would make Roux look like a lamb.

I’m not going to spend time here recapping on the trial or predicting the outcome. Suffice it to say that I do not condone gun-ownership; I think that all crimes against women, children and the vulnerable are reprehensible and whether her killing was accidental or premeditated, Reeva Steenkamp and her family deserve justice.

I have faith that while considering the evidence with her two assessors, the judge’s decision will be guided strictly by the law, although whichever way she rules there will be those who object. And while I’m committed to supporting her judgment, this excerpt from my second feature for SAPeople still rings true for me.

“Inevitably, the public has strong views about whether Oscar did it with intent or in error, but whichever way one looks at this pitiful tale it’s a modern day tragedy of Shakespearean proportions. For lest we forget, this is the story of a boy with no legs who triumphed against all odds on the world stage; a story of a young man dubbed the Blade Runner in his pursuit of recognition and who, in the face of strong opposition, won permission to compete against able-bodied runners in the Olympic Games. It surprised few who knew him at that time that he became a media darling – a celebrity whose new status brought wealth and willing women. Endorsements followed and Thierry Mugler made him his poster boy.

So why did we ignore signs of trouble along the way to his hard-won success? Why was the accumulation of worrying incidents sidelined? Remember the booze-filled speedboat accident on the Vaal River? And the gun incident at a well-heeled restaurant? Not to mention the fracas at a party at his house and the charge of assault against him, which was hurriedly settled before the trial began. In a sense, we all wanted our science fiction hero to succeed and put them out of mind. Perhaps we can be forgiven, but why did the law turn a blind eye? Presumably celebrity also brought friends in high places.

I revisit these details to show that others – perhaps all of us – were complicit in the undoing of Oscar. He must have thought he could… well, get away with murder. I speak metaphorically of course.”